Hello to my cyber tatting friends!!

It's been so long since I have been in touch with you all.  I have been nursing my elbow.  The 'gym' injury which might also be tendonitis caused by excessive tatting has healed. 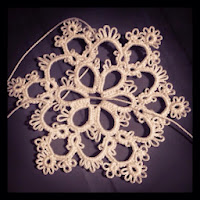 It felt pretty good so I started a bigger project.  I've been wanting to do another stocking.  So, over the last six months I've been slowly tatting a combined edge for another holiday stocking.  Here is the process and the progress. 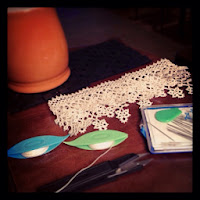 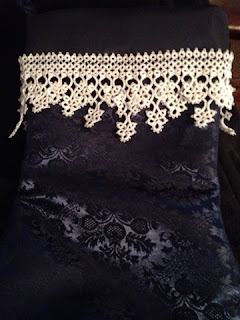 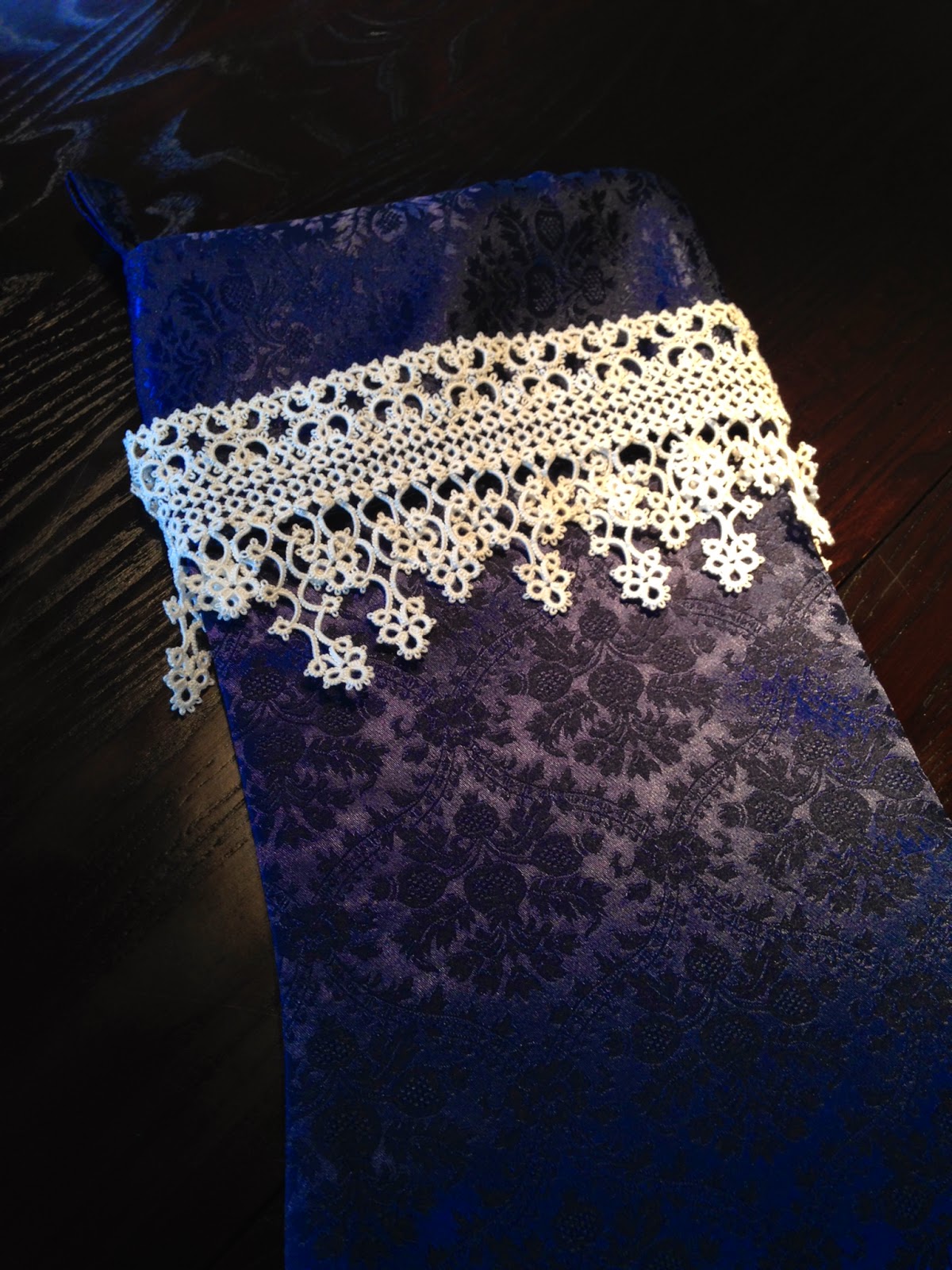 Now all there is to do is wash, block, and attach it.

Although I think the tendonitis has healed, the elbow still feels a bit tender.  Therefore, I've been going slowly.  Each day I tat for about 1/2 hour.  Not enough...but enough.

In other news.... the year past has been full of good things.  I turned 50.  Still can't believe the time has passed.  We have wonderful neighbors who helped celebrate and are always so gracious.  Here is the evidence.... an impromptu surprise party. 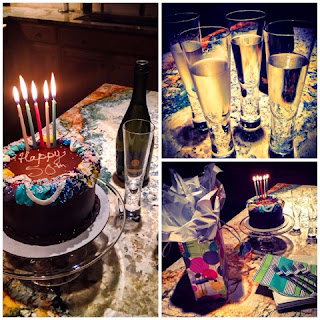 I hope I've been bitten by the tatting bug again because I've missed the tatting community.  It feels good to be in touch with y'all once again.

Until the next entry,
Peace!
John
Posted by John at 8:30 PM