Greetings to you all!!

As the clouds are gray and rain is falling outside, I decided to pause and check out the tatting blog world. I really stuggle not being able to tat as much as I'd like so I live vicariously through you. Still doctoring the elbow.

Until I have new projects to show, I'll report on some of the projects I've completed and gifted. 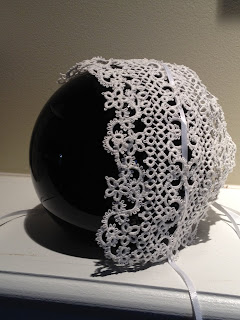 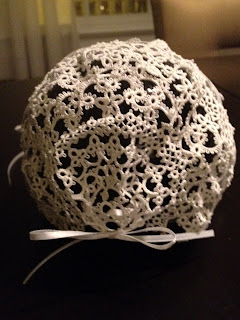 ﻿
﻿
Well, I gifted this bonnet to a coworker (Jan) who became a grandmother for the first time.  She then gifted it to her daughter and granddaughter.

With Jan's permission I want to introduce you to Bri. 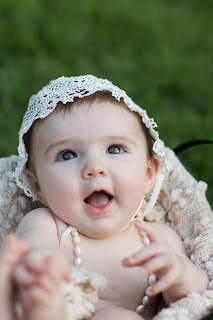 ﻿
Her grandmother gifted me this photo.  I really do enjoy receiving photos of my work in context.  Isn't she beautiful.

Well, until the next time, have a wonderful day!!
John
Posted by John at 1:00 PM 17 comments: Links to this post

Wow! It's been almost a year since my last post. I've been unable to tat because of the tendinitis in my right elbow resulting in little blogging info regarding tatting. However, It's been quite a year. Let me try to sum it up quickly...

I had a cancer scare in June of last year...all is clear and there was no cancer.

I broke my foot in September... So, no running for 8 weeks. No tatting, no running....no positive coping mechanisms... So, I ate my way through anxious days.... Gotta love some cookies!

All is well!! I'm running and competing again.

I have always had a fascination for the American Presidency. For those who care about this stuff... And sorry if it offends... I was able to meet our First Lady, Michelle Obama (pictures to follow). I also spontaneously decided to go to the inauguration, drove six hours toward the nation's capital and found a front row spot in the general public section (another pic to follow). Both were amazing experiences I will never forget.

Finally, I have slowly started to tat again. Here is the final product of the "endless edge without a cause". 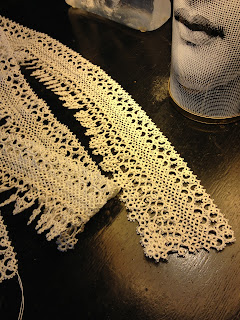 I believe it will someday be the bottom edge of a christening gown. 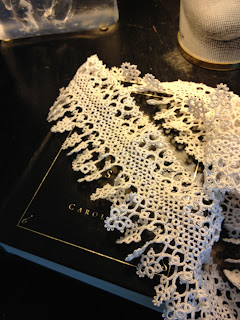 The elbow still hurts... I guess it's time for the doctor.

And here are two very important days in my life...
The day before the November elections 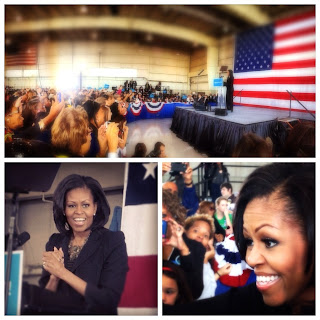 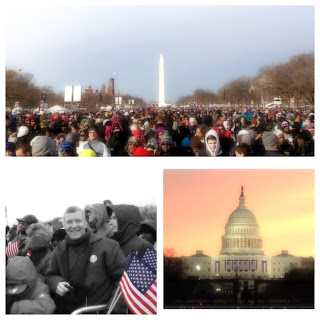