I finally finished the endless round of motifs and here is the project to this point. 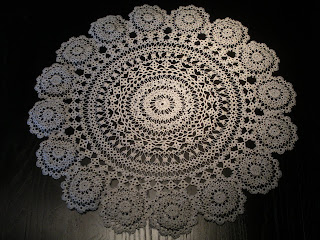 Several stories are attached to this round. Whether it's God, Karma, or just dumb luck, I ended up on the good end of this one. The original Anne Orr pattern has 15 round motifs attached. Because of the length of my unfinished thread throughout the piece, the final piece is larger than the original pattern. Each round motif is attached to three diamond in the previous round. Three....Not Two....Not Four....just three. When I realized this, I panicked a bit. 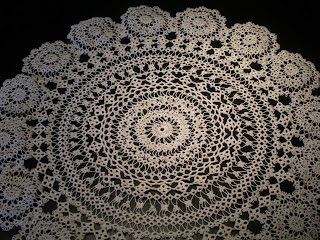 Then I counted the diamonds...I had three left over and therefore the 15 became 16 round motifs. I didn't need to fudge while attaching the motifs. It worked out wonderfully!


My measuring devices were a bit unorthodox. I used the pull-tie for the shorter distance of unfinished threads and the top of the crochet hook for the longer lengths. Additionally, the picot gauge or nail is from a shelving unit and formed all the longer picots. It was just trial and error. 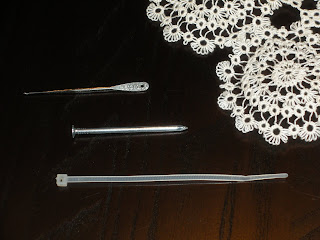 The other tool.....Regretfully, my glasses are now necessary for all projects. Aging...Uuggghhh!!! 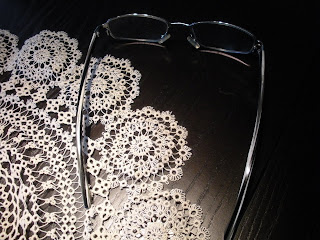